CASINO GAMES > Best Casino Movies (And Games to Play While You Watch!)

Best Casino Movies (And Games to Play While You Watch!)

Hollywood has had an ongoing, and rather torrid, love affair with gambling for quite some time. And it’s easy to see what the two have in common. They’re both fascinating, exciting, entertaining, and they embrace elements of risk.

While the movie industry bets hundreds of millions of dollars on stars and stories hoping for a good return on investment, players do the same with their favorite online slots and table games – albeit on a much smaller scale with less chance of accolades. (You’re not going to win an Oscar playing blackjack, unless you can count cards like Dustin Hoffman in Rain Man… though you could end up being featured on our Cafe Casino big winners page!)

At Cafe Casino, we have our favorite flicks that feature gambling or Vegas in small and large ways. So, we thought it would be fun to revisit them and perhaps inspire you to discover or re-watch some of these classics while you’re playing online. Pour yourself a beverage, pop some corn, settle into your most comfy chair, and check our list of best casino movies and what games to pair them with.

Robert De Niro, Joe Pesci, Sharon Stone, and Don Rickles? It’s a trifecta plus one of sheer delight and suspenseful fun. Martin Scorsese’s 1995 movie Casino depicts the underbelly of Las Vegas with its dazzling and glamorous face, along with its brutally unpleasant character. De Niro and Pesci play mobsters who move from Chicago to Las Vegas to live and work in this enigmatic world. Through their eyes and actions we witness the mob’s involvement in the casinos of the 70s and 80s. They work as a good-crook, bad-crook team running a casino while robbing and shaking down the locals. Unfortunately their all-too-human flaws when it comes to bad romances, drugs and violence threaten their very existence.

Slot games are the lifeblood of Las Vegas all day and all night. They define the Vegas experience with their lights, bells and whistles. And not many Cafe Casino online slots pay homage to Tinsel Town as well as 10 Times Vegas, where the neon lights bounce off your desktop or mobile screen to make you feel like you’re playing in a real Vegas casino. The rewards definitely make it feel more authentic.

This 1973, seven-time Academy Award-winning film is the quintessential grift flick that turned a $5 million budget into $159 million at the box office. It reunited Robert Redford and Paul Newman (after Butch Cassidy and the Sundance Kid) as shrewd con artists going after a big-time crime boss (Robert Shaw, Jaws) for an enormous sum of money to settle a murderous score. A clever group of con artists with a complex scheme work together to take the boss for everything he’s got. They use high-stakes poker, a phony bookmaking operation and a lot of confidence to achieve their goal while avoiding getting killed in the process.

The characters in The Sting play straight, five-card draw poker, so any choice from our roster of online games would be right to match all the onscreen action – on your TV and your mobile device. From Caribbean Hold’em and Caribbean Stud to Tri- Card Poker and Let ‘Em Ride, we’ve got poker games for all the action you could ever want.

Refer friends to Cafe Casino and get a casino referral bonus!

This entire casino films franchise started in 1960 when the Rat Pack – Frank Sinatra, Dean Martin, Sammy Davis Junior and Peter Lawford – thought it would be fun (and easy) to make a heist movie in and about their favorite hangout, Las Vegas. They were right. Then George Clooney, Brad Pitt, Matt Damon and Julia Roberts upped the ante with remakes in 2001, 2004 and 2007, before Sandra Bullock hijacked the plot, put together an all-female cast, and moved the story to New York with Ocean’s Eight in 2018.

We love the original plot in which Danny Ocean aims to score the biggest heist in Las Vegas history. He brings together an eleven-member team to rob three casinos: the Bellagio, the Mirage and the MGM Grand. They’re all owned by the one guy they hate and who they believe deserves what’s coming, or in this case, what’s going out his casino doors: $150 million.

Las Vegas is as big a character in the Ocean’s Eleven franchise as any of its superstars, so we think an old-school slot game would make the perfect companion to all three versions. Our 777 Deluxe slot has all the classic bells, fruit, 7s, and BARs, and a few months ago someone took home a quarter of a million dollars – legally! (Read our 777 slot game review to learn more!)

Casino gambling often plays a key part in a number of James Bond movies, but 2006’s Casino Royale is the only one that gave gaming an essential role. In Daniel Craig’s first 007 mission, he is after Le Chiffre, a banker who works to keep the world’s terrorists funded. Playing poker in a Montenegro casino, he has to win back his money to stay safe from threats from his clients. A loss would be big for the world of terror as well as the rest of the world. MI6 sends Bond to play against Le Chiffre with the aim of preventing him from winning in order to dismantle threats all over the globe. Bond, with help from Vesper Lynd, Felix Leiter and Rene Mathis, enters the most dangerous poker game of his perilous career. If he beats Le Chiffre will he survive?

Bond movies are all about danger and glamor, so we like to focus on the glamorous nature of casino gambling. The high-end scotch in cut crystal glasses, the tuxes, the gowns, and the opulence all suggest one famously classy game, baccarat. We have two versions of baccarat at Cafe Casino and formal dress is not required. However, champagne is highly recommended.

In Las Vegas, Bernie Lootz works as a cooler bringing bad luck to the clients at the Shangri-La Casino, run by an old-school mobster who resists modernization. When Bernie falls in love with a casino cocktail waitress, his luck improves, and his boss works to end the romance so he can get the unlucky employee back to jinxing other gamblers. Featuring William H. Macy, Alec Baldwin and Maria Bello, The Cooler portrays the grittier side of Las Vegas with a realistic approach to what goes on in some of the seedier casinos that don’t subscribe to today’s Disneyfied Vegas.

Raving Wildz is the most exciting club in the city with beautiful dancers, huge speakers, disco balls, neon lights and huge prizes. This online slot shows us the rave side of Vegas partying where your luck can change as quickly as your heart can be captivated in surprising ways. Raving Wildz is a romance story where good luck comes to love those who least expect it.

There are literally hundreds of gambling movies and the reason Hollywood keeps making them is the appeal of the Las Vegas experience so many people crave. It’s a trip out of the ordinary, beyond the bounds, outside the box, so totally different from everyday life. Vegas casinos can be electrifying and overwhelming, but they always maintain a magnetic appeal we simply can’t resist.

Other casino movies such as Croupier, Bugsy, The Hangover, The Gambler, 21, Owning Mahowny and more portray casinos in good and bad lights, but the attraction stays strong, which makes us wonder if there isn’t an opportunity for an online casino movie. Perhaps there’s a Cafe Casino player who is also a screenwriter looking to take the casino genre in a new direction. Anyone?

Hot Drop Jackpots are available at Cafe Casino! There’s jackpots dropping every hour, every day, all the time! 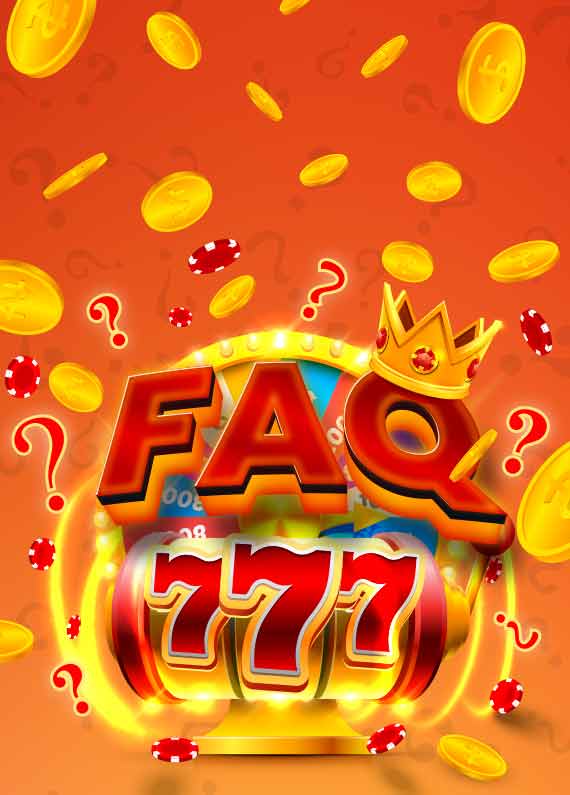 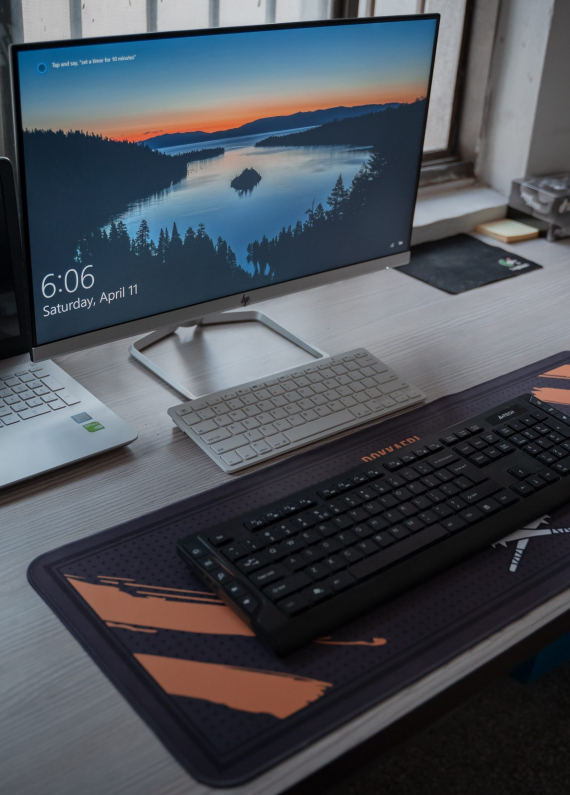 Desktop or Mobile: Which One Offers the Best Casino Gaming Experience? 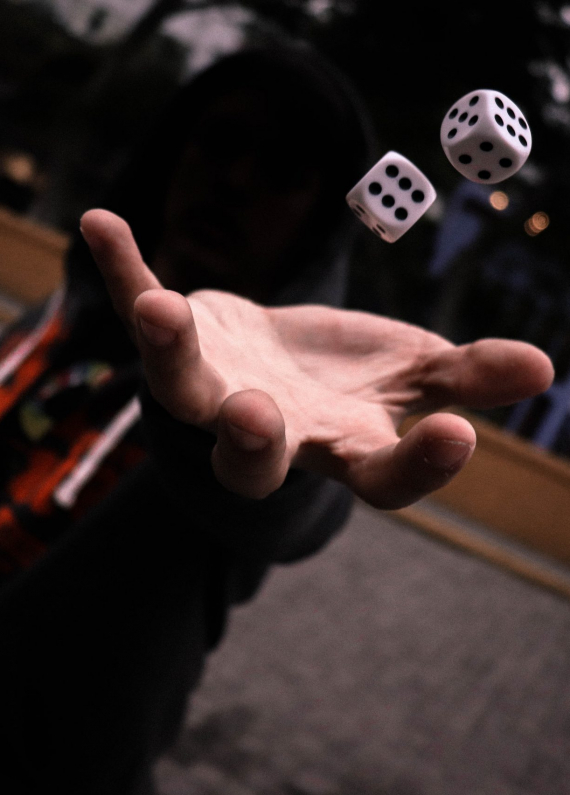