FAIR WARNING! We’re calling on casino players with strong hearts, a firm grip (not necessarily on reality), nerves of solid steel, and the courage to accept a mission some might say is impossible. Get ready for adventure, excitement and pulse-racing moments only found with Cafe Casino action-themed slots.

So, if you accept this mission, strap in, buckle up and gird your loins. The action will be fast and furious. The challenges will be intense. The reels will get hot and grow bigger than ever before. The payouts will climb to dizzying heights, and the prizes will be waiting for a hero to swoop in and collect.

We’ve got more than one top casino action slot that could be your nemesis, defying your typically cool, calm nerves, and getting in your face with pure life-altering energy. But we also know that you will persevere because, while the risks are real, the rewards can be epic.

Bravery and honor were the currency back in the days of yore when swashbuckling knights earned their bones by crushing bandits looking for an easy score. Our Wynloch Keep slot summons you to the far-off land of Aegirine and a royal’s castle. Filled with lavish amounts of invaluable jewels and wealth-filled halls, these riches boggle the imaginations of kings and peasants alike.

Wynloch Keep is a fortified tower inside a tall, dark castle. It serves primarily as a residence but also acts as a rich man’s sanctuary. The royal’s knights defend the castle from attacks by well-armed, skilled mercenary slot game players like you.

In this Cafe Casino online slot, you need all your courage and skills, and a little luck, to defeat the knights protecting the palace. That’s when you get direct access to the astonishing wealth hidden among the 3 rows, 5 reels, and 15 paylines. If you can outlast and outsmart the guards, you can grow this slot to 6 rows and 30 paylines with Wynloch respins for more chances to win bigger!

These medieval reels spin crowns, swords, rings, weapons, and more to open a drawbridge to extreme riches. One of our most popular slots, Wynloch Keep has a treasure coin scatter feature, which comes with a shot at payouts rising as high as 100 times your stake. The excitement rises even higher as your luck kicks in for four jackpots that pay from 25 to 2500 times your wager!

So, armor suit up and sharpen your blade, the battle is at hand and the rewards of Wynloch Keep are yours for the taking. And why not get even more rewards by referring a friend that can help you conquer the keep.

The inhabitants of Genesis Island want to kill you. For food. For sport. For spite. For sheer pleasure. But we feel sure that flesh-ripping claws, razor-edged teeth, and murderous intents will not deter you. Because this riveting adventure theme slot will drive you to the edge of your seat and then knock you on the floor with monstrous cash prizes!

Genesis Island is not your grandma’s slot game. Yes, it’s a beautiful jungle setting, but the vibe beneath is menacing. The island’s guardians include tyrannosaurus rex, Godzilla, King Kong, and a collection of horrific creatures lurking among the vines. They’re ready to pounce on any player who stops paying attention or who loses the will to fight. That’s not you, is it?

Don’t get lulled into just lining up the tens, jacks, queens, kings, and aces in this top online slot. They’re just a distraction. You’re looking to tame the wild volcanoes that spew hot lava in the form of molten winning combinations. And just when your hands are filling with cash, the Primal Wild Feature converts reels into stacked wilds to ramp up the excitement, the danger and the wins.

You need nerves of steel to stay alive trying to escape the ravenous appetites of the terrifying overlords of Genesis Island at Cafe Casino. We’re betting that you’re tough enough and smart enough to multiply your wager by 3200 times!

You need strength and nerve to play real football, one of the few sports that threatens your very existence. And whether you’re a passionate fan, a sometime fan, or even a non-fan of the game, you probably know that football is America’s number one sport. This hard-hitting, hard-charging, take-no-prisoners game is not for the weak, even if you’re just sitting in the stands. You need powerful grit and guts to play it. You need resilient belief and hope to watch it.

Our Gridiron Glory action slot (also one of our best sports slots) simply demands the courage to play hard, the desire to win, and a little luck on the digital field. This game explodes with 243 ways to win and exciting gameplay. Picture yourself in a stadium packed with rabid fans. The reels neatly line up between the goal posts for you to call the next play. What’s your move? How much do you bet? Auto or manual spin? The field stretches out before you and the players on the grid await your call.

It’s go time! Catch the football scatter at least three times on the reels to win up to 25 free spins with a progressive multiplier. And look out – a trick play could occur in your favor as a wild expands at random on reels 2, 3, or 4. The cheerleaders throw up their pom-poms to collect your winning symbols and reveal new ones for more chances at Ws. Gridiron Glory puts you in the game and urges you to drive the score up to championship-level winning.

Collect those Ws much faster with one of our crypto casino withdraw methods.

GET PAYOUTS WITH CRYPTO

Zeus was a total badass (though sometimes, a bit of a jerk, too, we might add). So, we imagine that he would approve of this slot online that’s dedicated to his reputation for being an all-powerful, supreme being with a tough-as-nails personality. Only the strongest will step up to spin this slot!

Our tribute to him with Fury of Zeus – an impressive 5-reel, 3-row, 20-payline slot – is a fiercely fun battle with a Greek god for a share of his almighty wealth. Come face to face with solid stone symbols and other powerful gods as you try to prove your worthy of prizes. The line wins are multiplied by your bet, which can be as little as 20¢ or as much as $200 for when you’re feeling immortal. Fury of Zeus gives you supreme control, so you can focus on reaching the big wins.

Want more excitement? First, Zeus will challenge you by striking free spins with multipliers onto the reels when you land at least one wild symbol anywhere and the scatter icon on reel 5. But then, things escalate as they tend to do with big Z.

Zeus has an unexpected and huge progressive jackpot awarded totally at random at the end of every game. Yes, it’s triggered at random, but one tip to defeating Zeus is to know all about how this online slot works! Learn how to sharpen your senses before you face off with him, in our Fury of Zeus slot game review!

Are these action slots not exciting enough for you? Then try our Hot Drop Jackpots, with thrilling jackpots to be won 24/7! 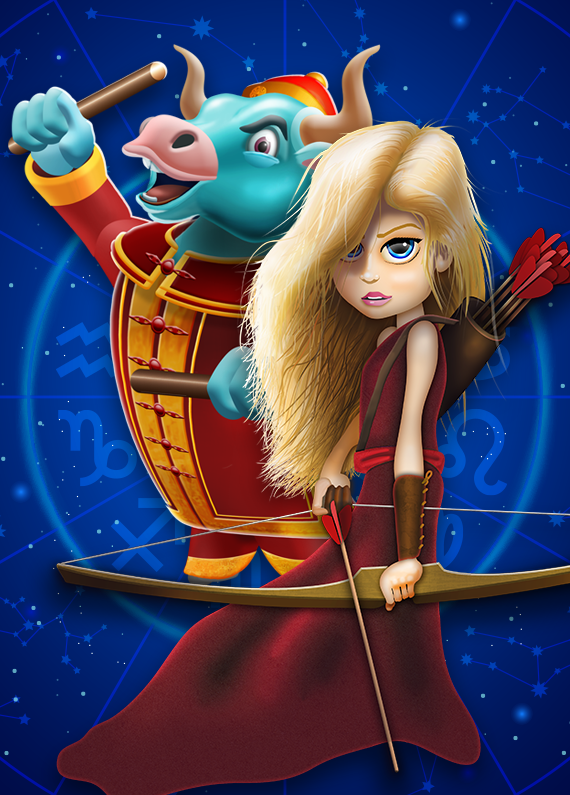 Your Next Online Slot, Based on Your Zodiac Sign 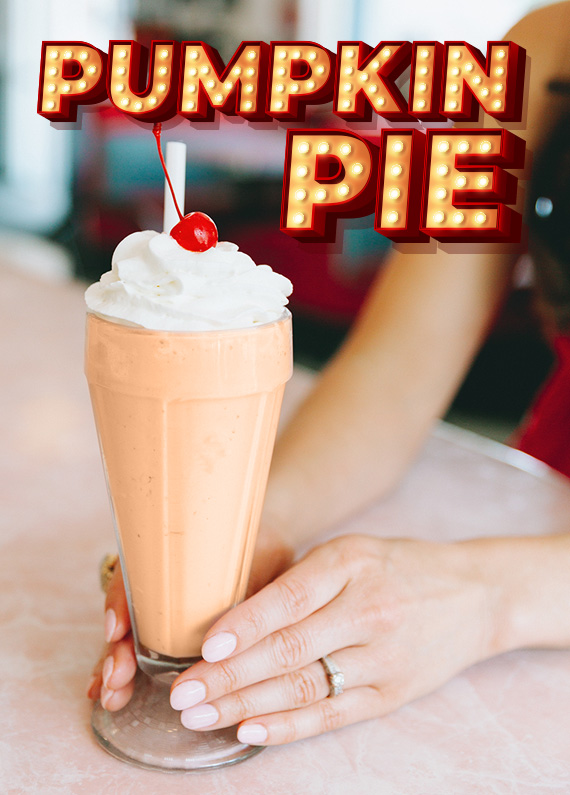 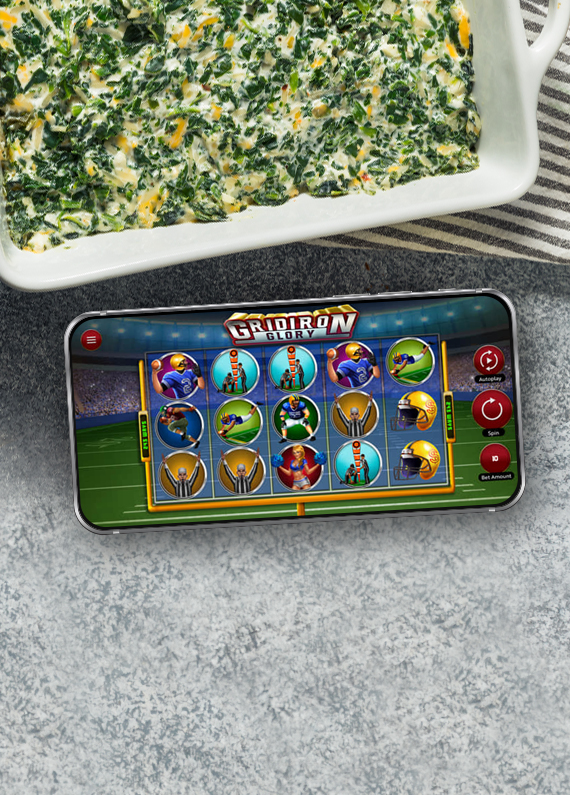 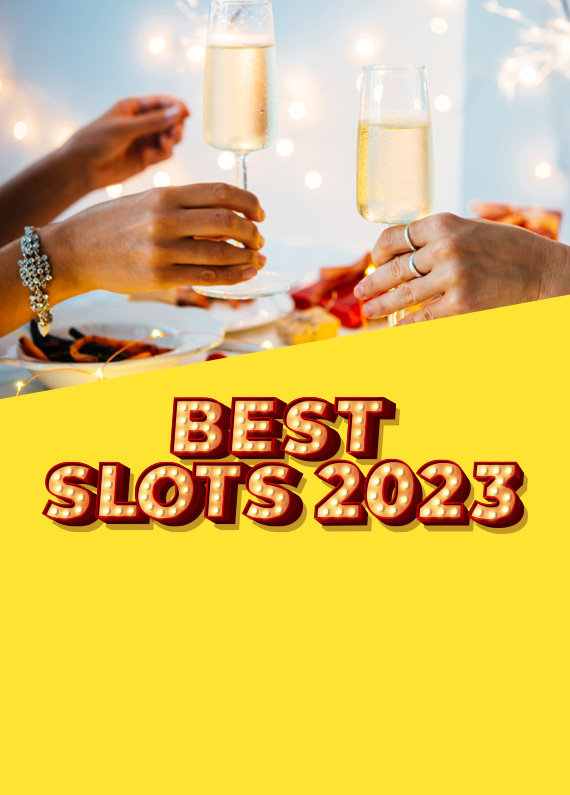